Goldilocks and the 3 bears!

Today when we stopped I realised I had my shoes on the wrong feet and my trousers on back to front. Mummy said that was typical Martha and took a picture. 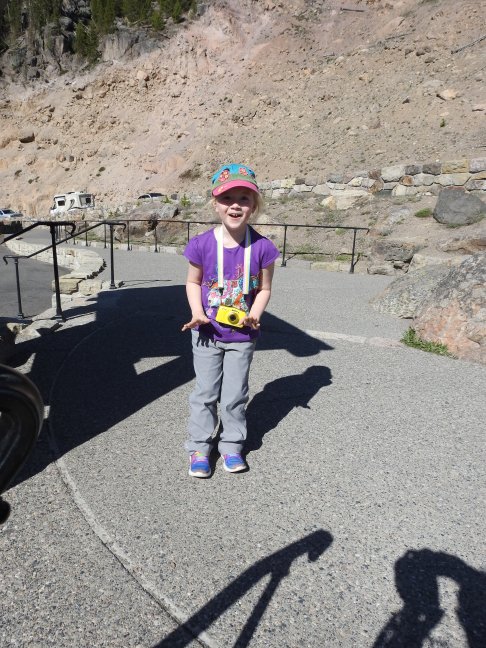 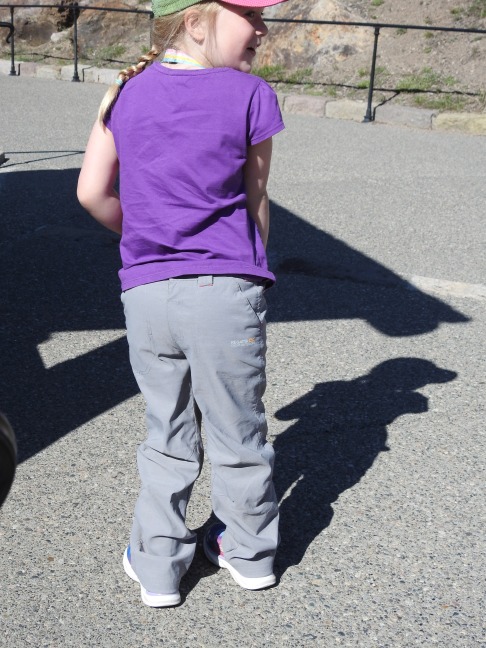 We went to the Lower Falls again but the road is open now so I saw it from the other side. We walked down a very big, steep hill and got to stand right next to the waterfall. It was amazing. 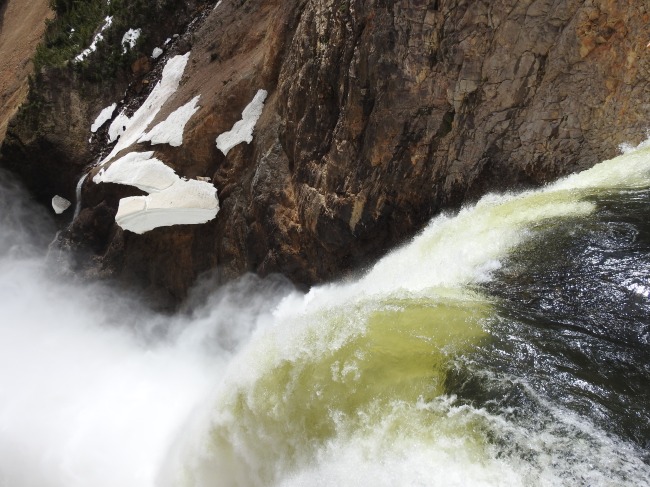 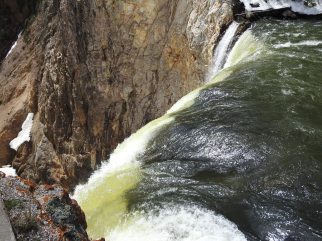 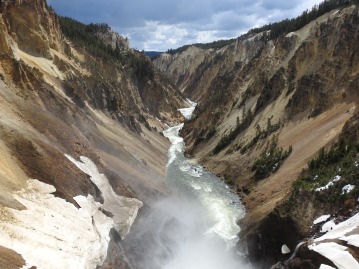 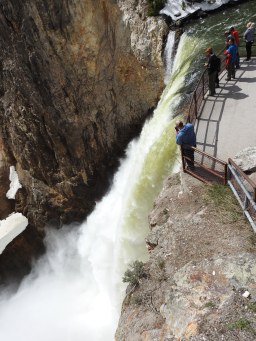 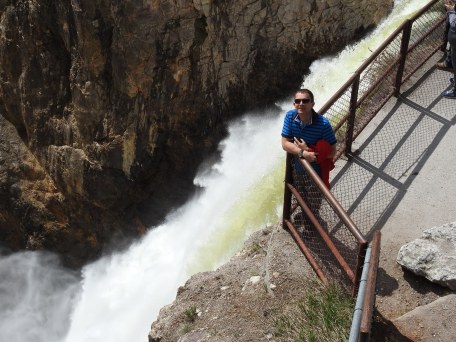 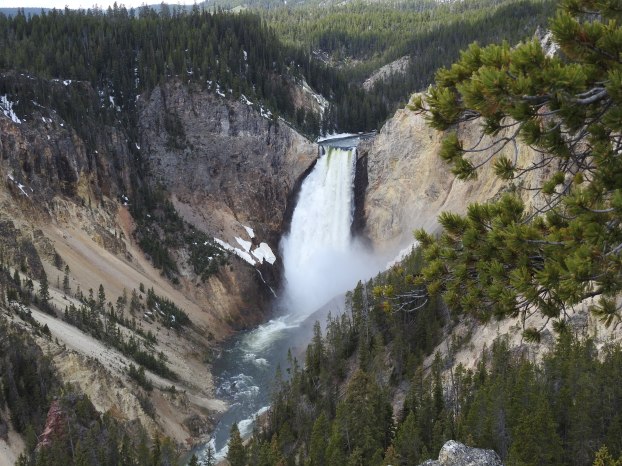 We went to look at more Geysers at Mammoth and we saw a black bear on the way. It was a long way away but we could see it on mummy’s camera. There were some Bison in the road and it was a traffic jam. 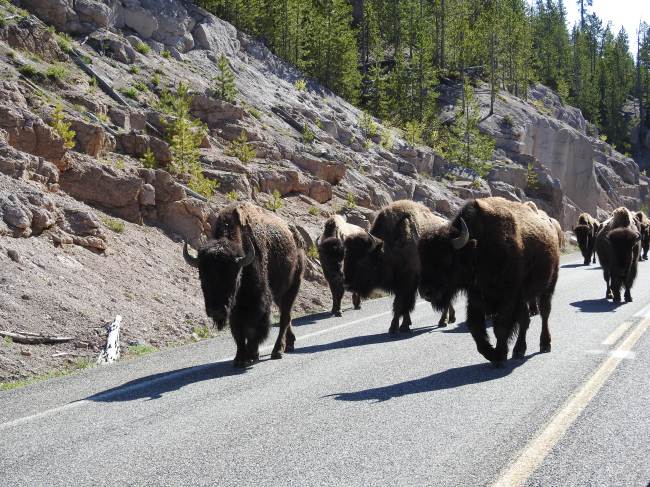 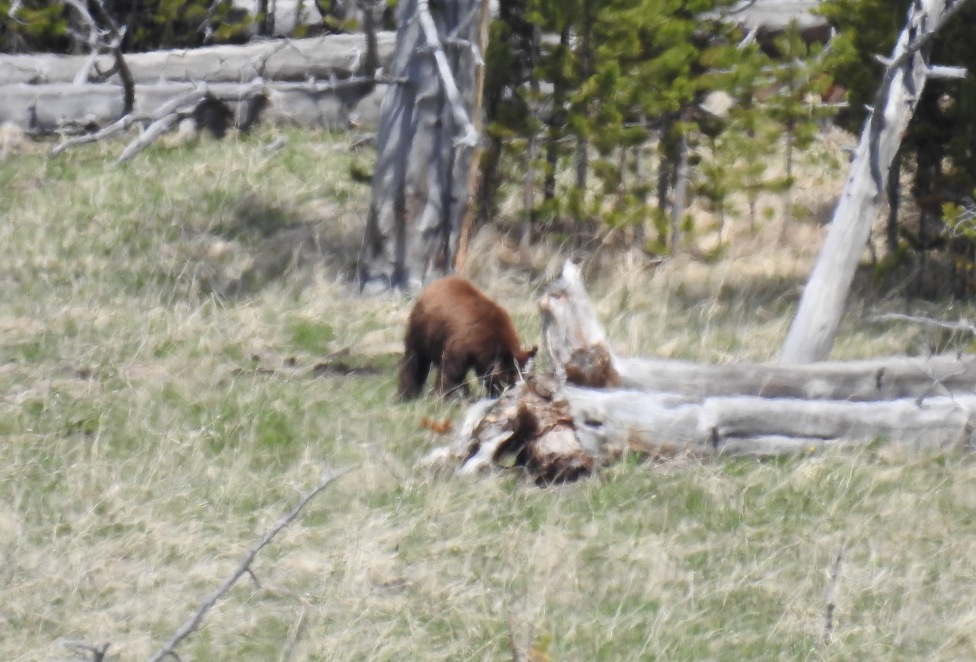 The geysers at Mammoth were cool. It was like being on another planet. 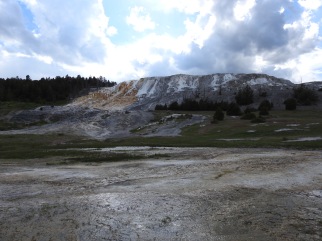 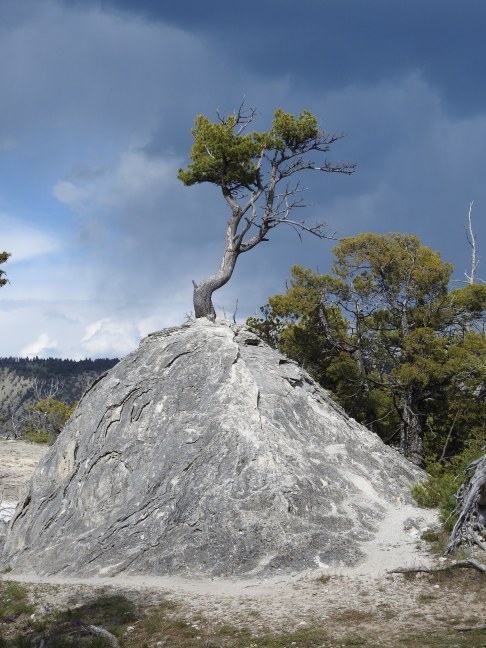 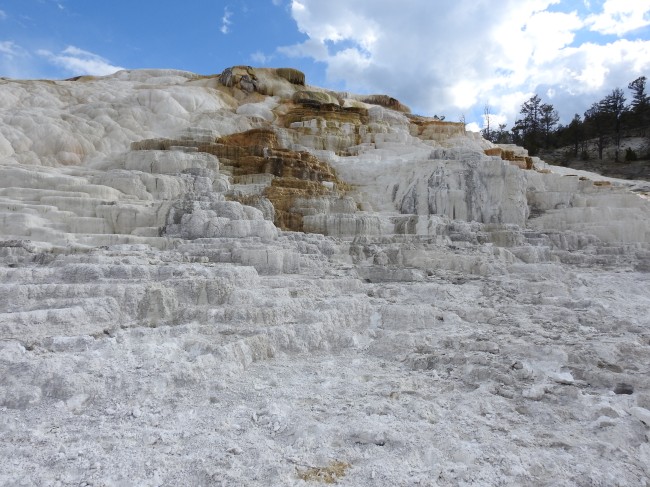 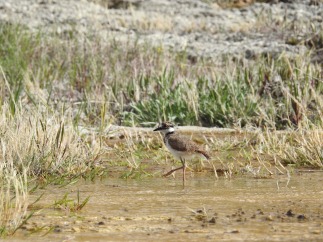 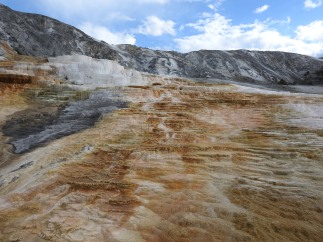 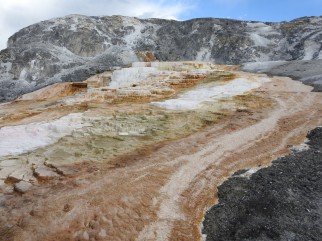 We saw some Elk lying in a field. 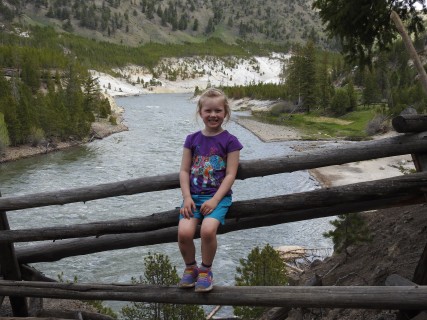 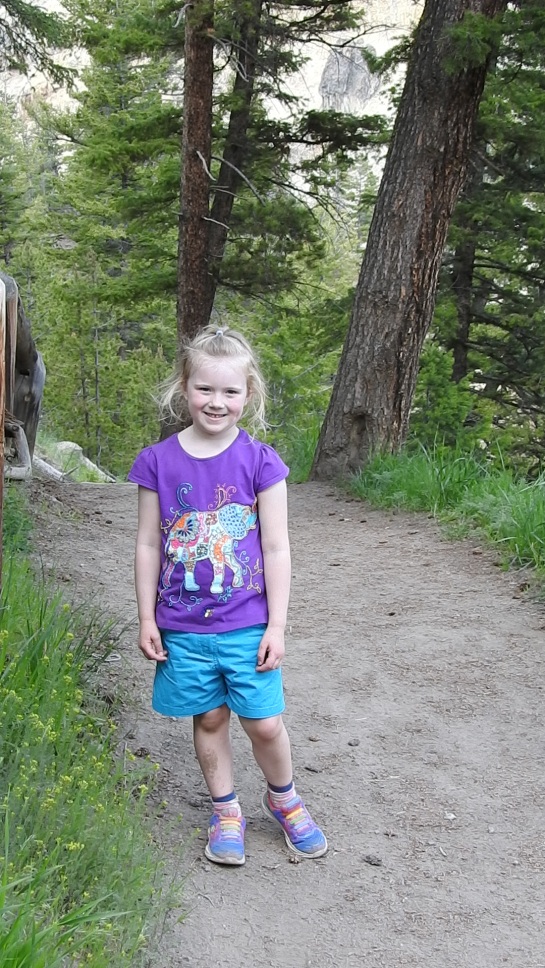 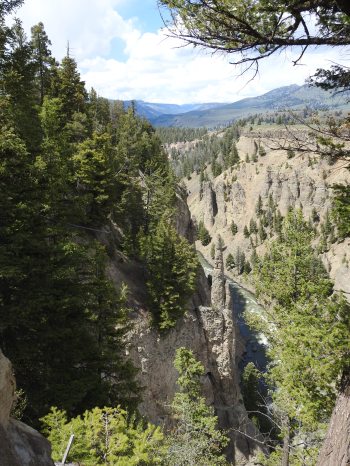 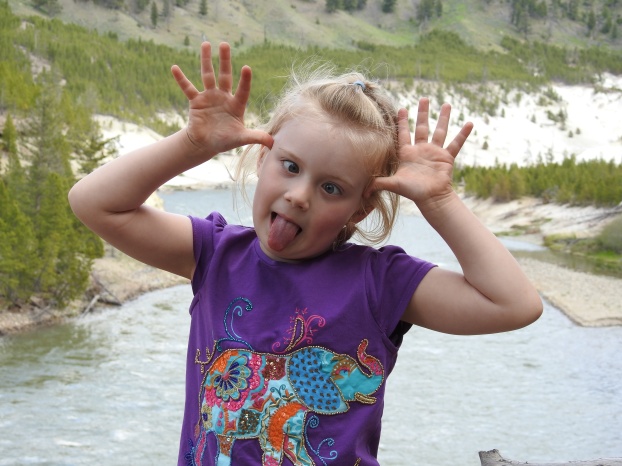 We stopped again to look at the view and saw a man with a spotting scope. We asked what he was looking at and there was some pronghorn on the cliff and they had just had a baby. 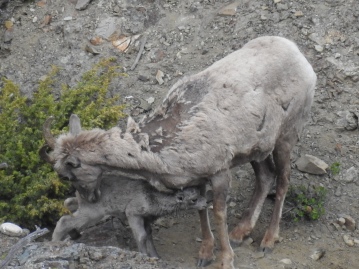 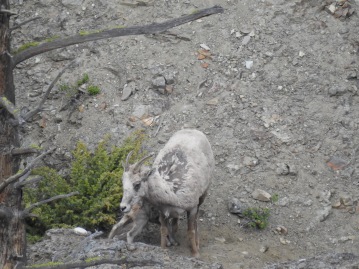 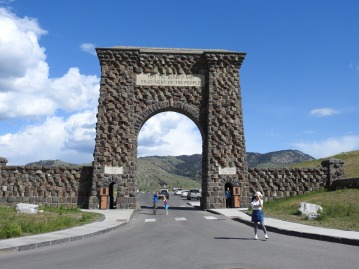 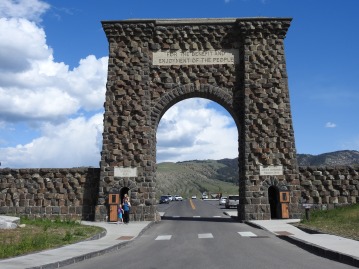 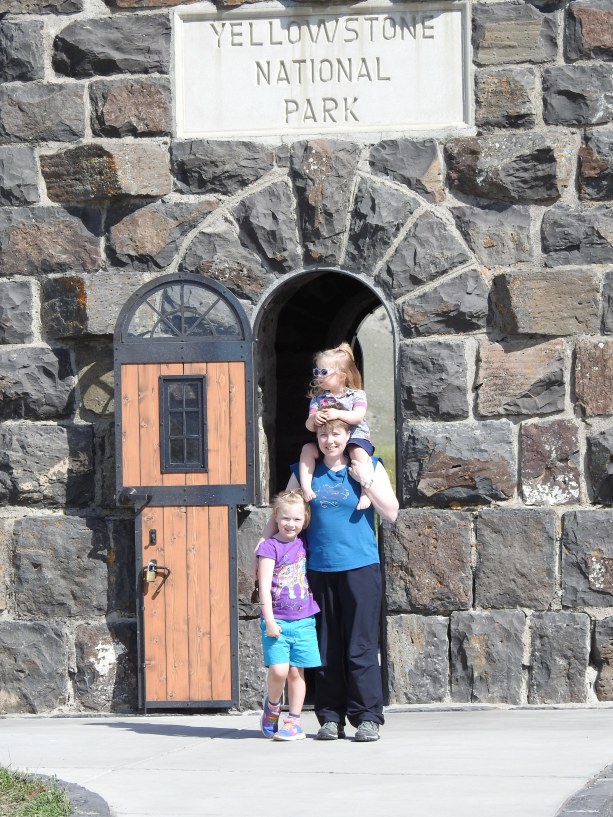 There were lots of nice views today because we did the upper ring road where there are less people. It was a long day and Mummy said you see lots of wildlife as it gets to the evening. Then we saw 2 coyote more Elk and a grizzly bear with 2 cubs. It was amazing and then best bit so far. I was so excited! 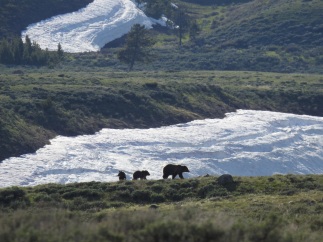 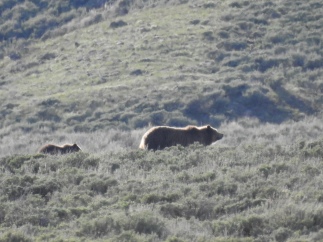 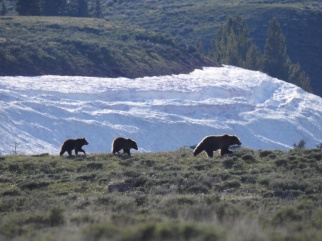 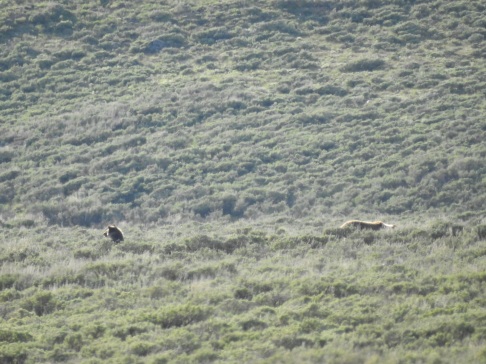 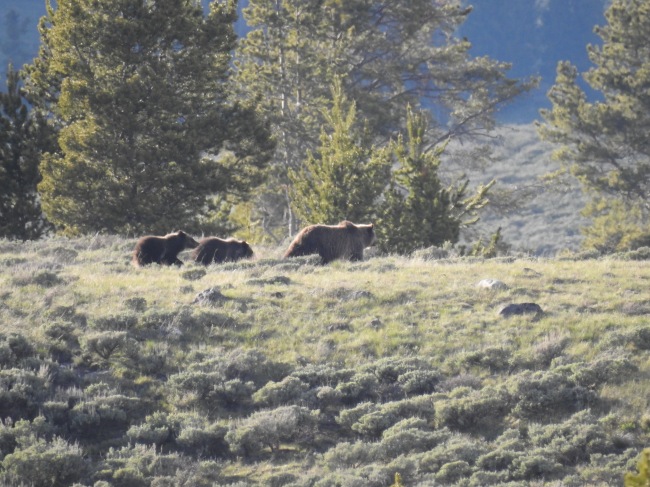 2 Comments on “Goldilocks and the 3 bears!”